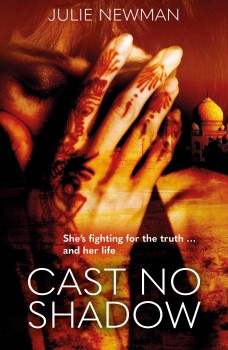 Young journalist Samantha investigates the story of an Indian hotelier cleared of a rape charge when he is revealed to be a she. The trail takes her into the dangerous Indian underworld, where money always talks – and life is cheap.

Samantha is a young journalist in a national paper newsroom – one that after years in Fleet Street I fail to recognise and, if this is a genuine portrayal, thank God I am out of it – who longs for that one investigative big story that will launch her career.

Trawling the fillers file, she comes across a little reported story of an Indian hotelier cleared of rape when he is revealed to be a she. Samantha senses the kind of one-off event that can evolve into a major story, and begins to investigate. She is helped by colleague Gregory – who until now she has regarded as a privileged idiot – whose brother Simon works for the High Commission in Delhi.

But as more bits and pieces of the story come to light, Simon is brutally murdered. When Gregory flies to India to discover what happened to his brother, he too goes missing. With the authorities seemingly unable or unwilling to help, Samantha cancels a holiday with a boyfriend she is coming to despise and heads to the sub-continent to search for Gregory – and discover the truth behind the so-called rape story and its possible link to Simon’s murder.
Amid the colour, excitement and drama of the country, she finds a dark underworld filled with corruption and danger, where life is cheap and where continuing her search could not only mean the death of the story she has set out to write, but also her own!

Since Maharishi Mahesh Yogi, the Rolls Royce-chauffeured and vastly wealthy ‘guru’, conned the Beatles, the Beach Boys and millions of others worldwide with his Transcendental Meditation message of peace and love, India has been a Holy Grail for generations of westerners looking for the answer to life. They return talking of its natural and man-made wonders, its exotic streets, its wonderful smiling, friendly, people and its overall appearance of calm.

No one seems to notice the massive corruption, the deadly industrial smog of its big cities, the millions living on or below the breadline in a country of 900,000-plus millionaires.

No one asks why a nuclear-armed country on the verge of the space race can’t or won’t look after its own; why politicians convicted of rape, and in some cases murder, are allowed to continue in office, religious excesses proliferate and a brutal criminal underworld exercises massive power and influence.

No one asks why desperate peasant families often sell their unwanted daughters into sex or menial slavery financed by evil rich men to satisfy their own depraved needs.

Newman has fallen into the same trap.

Instead of what could have been a truly searing story of corruption, child prostitution and exploitation, she is far too busy and socially controversial, concentrating on the problems of the Hijra, the tiny minority of eunuchs, intersex and transgender – a community who call themselves Kinnar, a reference to mythological beings excelling in song and dance.

This is a real shame. Important as their problems are, in western societies struggling to absorb the revelations surrounding Weinstein, Epstein and their rich, over-privileged, circle who believe power and wealth can buy anything, satisfy any vice, however evil, she had the chance to make a far bigger point. So near, but yet so far!