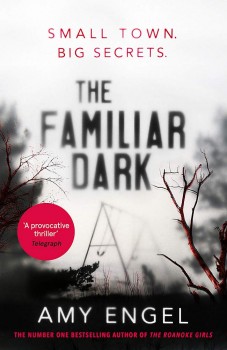 Junie and her best friend are dead. And Eve will make sure their killer pays.

Not all the towns in Missouri shine in the sun. This one is dark and dingy, cloaked in ugly secrets, a cesspit ready for murder.
Two 12-year-old girls are slain in the playground. They were best friends, despite being from opposite sides of the tracks. One was from the comfy side of town and a normal two-parent family, the other from the white trash side who only had her single mother, Eve Taggert. Eve might be frayed-coat poor and from an abusive family, but she loved her smart, happy daughter Junie unconditionally and would kill to have her back.
Eve might be not as clever as her daughter, but she did learn a couple of things from her abusive mother. One, nobody messes with family. Two, never let anyone take anything from you. Someone has crossed both lines, and Eve is determined to dish out her own dark brand of justice.
Punch-drunk with grief, Eve fumbles around the town in search of the truth about who murdered her daughter and why. But finding the killer is like finding the right glass in the local bar on a Saturday night. The town is heavy with weirdos, abusers, exes with a grudge, a woman who has a reason to be jealous, alcoholics who like keeping their fists in top condition. The murderer could be anyone – and ready to kill again.
The Familiar Dark is a disturbing journey. It takes the reader far from the comfort of their comfortable armchair to an ugly place, to a dire life, to an entourage of vile and desperate people. It is complex, emotional, and though it is set in the here and now, we see enough of Eve’s past to feel how she, amongst others, is just doing the best she can do for her daughter in hideous circumstances.
It's a mother-daughter love story that comes from a mother-daughter hate story, and one that no one should have to experience. Moreover, it is a reflection on how the choices Eve has made over the years impact her actions and reactions.
There are secrets and lies and twists and turns. Despite this, the ending is predictable, but perhaps that is because of a certain familiarity to the plot that comes with reading many books in the genre.
Eve is flawed, scorching everything she touches in her despairing, cursing rage. Unfortunately, the plethora of metaphors about darkness and poison feel contrived. Her circumstances need no embellishing; abuse, neglect, sexual harassment, rape, poverty, and addiction are her norm. I find it unrealistic that she would spend time conjuring up allusions or similes for darkness.
I also find it disappointing that, despite her cut-to-the-chase attitude, she conceals certain truths from the reader. I presume it is meant to shock. But it does not. It just undermines the core and believability of the protagonist slightly.
The story, the writing and the plot are as haunting and evocative as Eve’s grief. Dialogue rings true, as does the protagonist’s general behaviour. Rage, tension, and sorrow follow her in equal measures.
This is a pearl; a story that should be read, not read about. However, although the writing style is easy on the eye and grey cells, The Familiar Dark is a difficult read in places, one that will make some readers squirm.