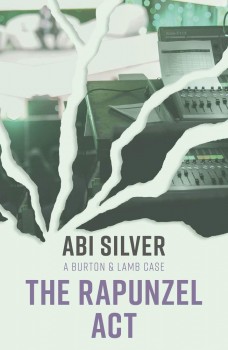 Burton and Lamb return to represent a woman, formerly a male footballer, charged with the death of her ex-wife, in the first televised court case.

This is the fourth in the series, all with fairy-tale titles, featuring the solicitor Constance Lamb and Judith Barton QC. As with the three previous books, Constance supplements her duties with a surprising amount of investigative work to give Judith additional ammunition to address the charges in court.

Their client in this case is Debbie, once a male footballer by the name of Danny with a successful career for Arsenal and England. She is divorced from her former wife Rosie, a host of a popular morning TV show. When Rosie is found bludgeoned to death with one of her own awards, Debbie is approached by the police and immediately takes flight, no doubt encouraging the Director of Public Prosecutions to bring a charge of murder against her.

A feature of the series is that each case features some revolution in practice inspired by technological developments, in this case the introduction of cameras into the courtroom for public screening, and a nightly discussion on air where the character and actions of those in court are openly criticised. As the case proceeds, the judge, counsel and witnesses are acutely conscious of the way their court performance is perceived.

This gives an additional fillip to the courtroom action, which as usual is excellent. Debbie is unwilling to say much about her transition, or to criticise her wife’s behaviour, or to have her children exposed as witnesses in court, so Judith has to make the most of her opportunities to tease out the weaknesses in the prosecution case. She does a masterful job of this, although one has to admit that the case is very circumstantial and several of the prosecution witnesses are fairly easily shown to have a totally unjustified bias against the accused.

The evening show which dissects the daily action in court is aimed to generate controversy, as might be imagined, and achieves its objective, leading to daily demonstrations outside court against witnesses and court officials alike. In a subplot, a man well-known to Judith and Constance appears on the TV show urging the legal ‘advisor’ on the show to sharpen his criticisms of the performance of those seen on screen.

The series remains as thought-provoking as ever. Open debate of on-going court cases might invigorate them, but the author shows how easily public opinion might be manipulated to muddy the water and so push the truth even further out of reach. Debbie’s transition is dealt with sympathetically and illustrates the difficulties someone undergoing such life changes is likely to face. And there are some sparkling courtroom exchanges with Judith, as usual, frequently trouncing her opponent.