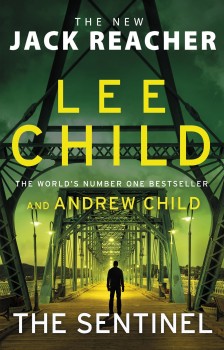 Jack Reacher arrives by chance at a small town near Tennessee, where there appears to be a power cut. Also, by chance, he manages to avert a kidnapping. By which time he is too involved not to let it all go.

Rusty Rutherford has been fired from his job and is sauntering along a street. Jack Reacher, an ex-military policeman, happens to be walking fairly closely behind him and realises that Rusty is about to be kidnapped. Naturally he gets involved and saves Rusty, only for them both to be arrested by the local police.

Despite being told to leave town, Reacher is curious and goes in search of Rusty. Although the two attackers were badly injured they were rescued and spirited away by an unknown group, and so Reacher fears that Rusty may be targeted again. When he eventually finds Rusty, he discovers that the town’s main computer has been disabled due to a cyber attack and Rusty, the ex-IT manager, is being blamed. Rusty can prove his innocence if he can get to his old laptop. So Jack sets out to help him.

The story follows a fairly predictable path, with the usual collections of fights and stake-outs. This time the book is written by both Lee and Andrew Child, and it is tempting to try to identify characteristics belonging to each writer. The story still contains the many traditional painstaking descriptions of locations and fights; the motel rooms rented by the block with an empty room at each end; the uninhabited garage out in the sticks where people can lie in wait; the bad guys attacked in an alley and left in the dumpsters. These are technically both satisfying and really helpful in painting pictures for the reader.

However, for a large section in the middle of the book, this style, without much happening, feels laboured and makes the book very slow. This makes it more difficult to follow the thread of the plot. Speed does pick up again in the final third. It is difficult to say what provides the motivation for this but maybe it is satisfying to finalise the whole picture, like completing a jigsaw by fitting all the final pieces into their rightful places.

Whilst The Sentinel is an enjoyable bit of escapism, it doesn’t have quite the same addictive quality as some of the previous Jack Reacher books. Possibly there are too many overlapping groups, or maybe the sense of computer nerdiness imposes a lack of excitement on the proceedings. Either way, the characters, on the whole, are not very charismatic and are given little depth. One exception is the poor man that drives Reacher out to the garage who arouses sympathy for the way he is so obviously over a barrel with little hope of a way out.  But this is just a small vignette, sadly.

Despite this, the book is still a worthwhile read, although lacking some of the appeal of the originals.