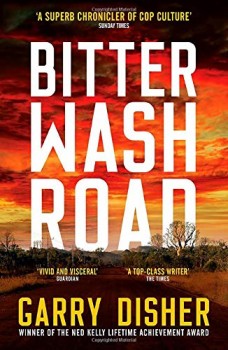 Constable Paul Hirschhausen has committed the heinous crime of whistleblowing on corrupt colleagues, and as a reward is posted to a rural backwater where life is a challenge.

There can be few causes for dispute within police departments as explosive as a corrupt group in the ranks, and this is not the first time the dramatic potential has been exploited in book and film. The man who turns in his mates is always a figure of opprobrium, under extreme pressure. The question is whether he has the nerve and the cunning to defeat the unscrupulous.

Constable Paul Hirschhausen’s first posting as a detective in Adelaide was to a station run for the advantage of the officers in charge. When an enquiry was launched he gave evidence which led to the conviction of most of those involved. Senior Sergeant Quine, the leader of the group, is still under investigation and halfway through the book Hirsch is called back to a hearing where his actions will be probed in detail as Quine is making counter-accusations.

In the meantime, Hirsch has been posted to Tiverton, a one-horse town in a parched district a few hours north of the city, where he is the sole policeman. His nearest colleagues revile him whenever they meet. Hirsch takes precautions, acutely aware that both the locals and Quine’s friends are capable of hostile action up to and including murder, if they see an opportunity.

Soon after his appointment he attends a call when the body of a local teenage girl, Melia, is found in a ditch on the highway, an apparent victim of a hit-and-run. Hirsch is not, however, able to find a convincing reason why Melia should have ended up at the spot she did, and her whereabouts earlier on the evening of her death are unclear. Melia’s friend Gemma resists his questions and shortly afterwards goes missing.

Hirsch feels vulnerable and he is right to do so. An attempt is made to plant evidence that will be damaging to his reputation. When he is required to work with Kropp, his immediate superior, and two other constables in the nearest sizeable town, he is met with suspicion, verbal abuse and several attempts to give him problems. Returning to the city he finds his elderly parents have been threatened.

However, our man shakes himself free of the blues and gets to work, resolving the normal problems of a rural area in a practical fashion and handling the locals courteously, something which the locals find a welcome change. He also gradually unravels the mystery about Melia’s death, a matter which involves big secrets in the local community.

Bitter Wash Road is an excellent tale, with a sympathetic protagonist facing challenges on many fronts, occasionally put down but coming up fighting. The dusty outback setting comes across very strongly. The book is packed with incident and builds to a thrilling climax.