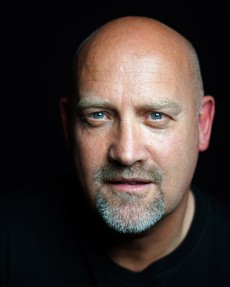 Michael Malone is a poet and crime novelist who was born and brought up in the heart of Robert Burns’ country, just a stone’s throw from the great man’s cottage in Ayr. He has published over 200 poems in literary magazines throughout the UK, including New Writing Scotland, Poetry Scotland and Markings.

Michael has a Certificate in Life Coaching and studied as a facilitator with the Pacific Institute. He is an experienced workshop leader/creative writing lecturer to writers’ groups, schools and colleges as well as a personal coach and mentor.

He is a former Faber and Faber regional sales manager, and has judged and critiqued countless poetry, short story and novel competitions for a variety of organisations, and for a number of years was the Scottish correspondent for Writers’ Forum. As a freelance editor he has edited and mentored writers in a variety of genres.

Michael’s crime novels include Dog Fight (2017), Bad Samaritan (2016), A Suitable Lie (2016) and Beyond the Rage (2015). His thriller The Guillotine Choice is the true story of an innocent man’s time in the notorious Devil’s Island penal colony, co-written with the protagonist's son, Bashir Saoudi.

A Song of Isolation

Rising young film star Amelia Hart is the toast of the media. She gives up her career for her accountant boyfriend. Then he is accused of child sexual abuse.

An underground fight ring is sucking in former soldiers living on the streets with promises of big money. But the risks are high and there’s no easy way out.

Andy, a widower and a single dad to a small boy, cannot believe his luck when he meets Anna, full of life and beauty. Their idyll seems complete until the wedding night when a visit to the hospital might be a clue that things could be far from perfect.

Mohand Saoudi, a 20-year-old Berber in French-dominated Algeria faces an impossible choice. Found with his dying French employer, he must name the killer or face a never-ending sentence in the dreaded Devil’s Island. Can he send a member of his own family to the guillotine?

A Taste for Malice

Dysfunctional Glasgow DI Ray McBain gets involved in a case of child abuse by a woman who had been entrusted with their care.